Co-founder gunnar is stepping down

Did you know the idea for Evoy came already in 2005? 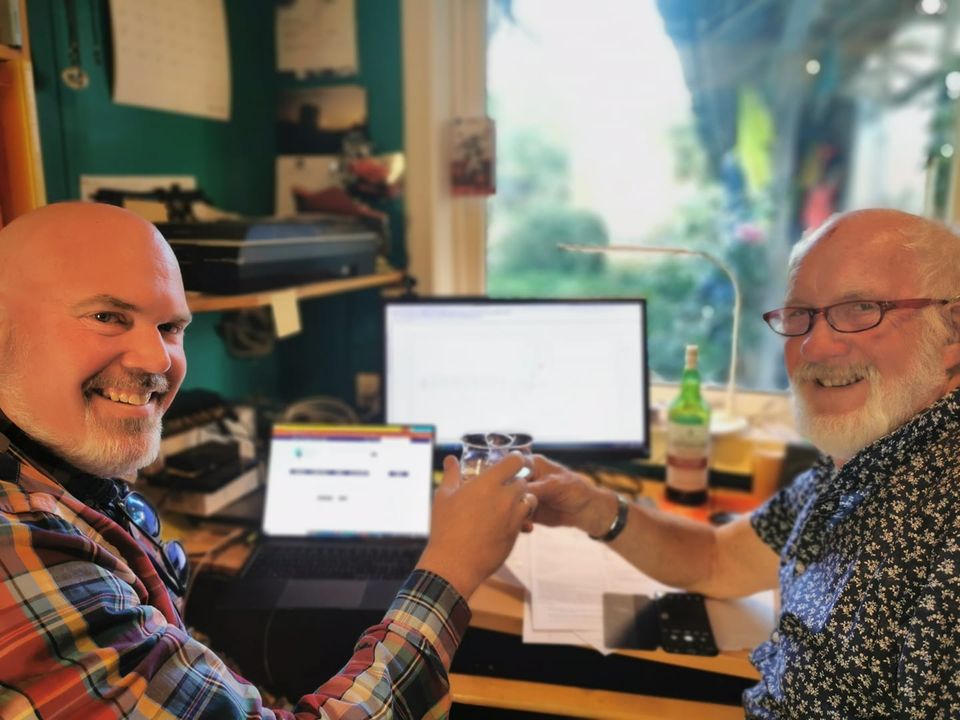 It was one of Gunnar and Leif Stavøstrand’s whiskey – workshop – brainstorming nights where they had an idea for a high output electric boat. The father and son duo discovered that the motor and propulsion system was not available in the market. In 2018 they decided to do it themself, since nobody else was doing it – and the tech and market were mature enough. Together they founded Evoy!

Gunnar has now passed 70 years and has found out he wants to step down from his roles in the company and board . Very well deserved! He will still act as a Senior Super Advisor and we look forward to having him around for more whiskey – workshops in the future, but now at his own pace!

Thank you Gunnar, we could not have done this without you!

Be the first to get Evoy news, product updates and events. Choose your options.

GET THE LATEST NEWS & UPDATES FROM EVOY

We use cookies on our website to give you the most relevant experience by remembering your preferences and repeat visits. By clicking “Accept”, you consent to the use of ALL the cookies.
.
Cookie SettingsACCEPT
Manage consent

This website uses cookies to improve your experience while you navigate through the website. Out of these, the cookies that are categorized as necessary are stored on your browser as they are essential for the working of basic functionalities of the website. We also use third-party cookies that help us analyze and understand how you use this website. These cookies will be stored in your browser only with your consent. You also have the option to opt-out of these cookies. But opting out of some of these cookies may affect your browsing experience.
Strictly Necessary Cookies Always Enabled
Necessary cookies are absolutely essential for the website to function properly. These cookies ensure basic functionalities and security features of the website, anonymously.
Functional Cookies
Functional cookies help to perform certain functionalities like sharing the content of the website on social media platforms, collect feedbacks, and other third-party features. These cookies enable the website to provide enhanced functionality and personalization. They may be set by us or by third party providers whose services we have added to our pages. If you do not allow these cookies, then some or all of these services may not function properly.
Performance Cookies
Performance cookies are used to understand and analyze the key performance indexes of the website which helps in delivering a better user experience for the visitors. All information these cookies collect is aggregated and therefore anonymous. If you do not allow these cookies, we will not know when you have visited our site and will not be able to monitor its performance.
First Party Cookies
Analytical cookies are used to understand how visitors interact with the website. These cookies help provide information on metrics the number of visitors, bounce rate, traffic source, etc. This cookie name is associated with Google Universal Analytics - which is a significant update to Google's more commonly used analytics service. This cookie is used to distinguish unique users by assigning a randomly generated number as a client identifier. It is included in each page request in a site and used to calculate visitor, session, and campaign data for the site’s analytics reports. By default, it is set to expire after 2 years,
Marketing Cookies
These cookies may be set through our site by our advertising partners. They may be used by those companies to build a profile of your interests and show you relevant adverts on other sites. They do not store directly personal information but are based on uniquely identifying your browser and internet device. If you do not allow these cookies, you will experience less targeted advertising.
Others
Other uncategorized cookies are those that are being analyzed and have not been classified into a category as yet.
SAVE & ACCEPT
Powered by